The human body lives in the rhythm of the day. Scientists have called this process circadian rhythms. These are the physiological, biochemical, hormonal, sleep, wakefulness and other circadian rhythms of the body. When a person finds himself in an environment where he loses his sense of time, these rhythms are disrupted, which, according to scientists, causes a lot of trouble to the body – it can even cause mental disorders. This is especially relevant for patients who have been in long-term care wards for a long time and for doctors who work there day by day, and they often do not have any window to the world.

However, in the age of modern technology, this problem can already be solved. On the initiative of Artūras Kiškis, an anesthesiologist and resuscitator at the Admission-Emergency Department of the Emergency Medicine Center of Santara Clinics, virtual windows have been installed in several resuscitation wards for several years, which not only create a sense of a window to the world, How does this look real and how do they affect people?

It all started with the division of cabinets in the intensive care unit at the same time: one cabinet was very small and without a window, and the other was larger and with a window, but the window was directed to the other wall. Someone from the staff thought – what if we hung an imitation of a window on the wall?

“That’s when I started looking for information. These virtual windows are most common in America, and the first article about it appeared back in the early 1990s.

It has already been proven that it is extremely difficult for patients, especially the conscious ones, to lie in a ward for a long time when you can only see the wall or ceiling and all the rhythms of the day are mixed up. And hospitals were built a long time ago, and at that time the need for daylight and windows was not taken into account.

You can probably imagine that lying for one or two weeks looking only at the ceiling is extremely difficult psychologically, often an elderly person can even have a mental disorder. And this is often the main reason why they stay in intensive care wards longer.

The scientific literature actually writes that similar solutions can reduce mental disorders. The analogy would be sleeping glasses at night, as in those sections the light is on around the clock, earplugs due to noise, otherwise, glasses, if a person wears them, dentures, a book, anything related to the routine.

In America, for example, a large TV is built on a wall or ceiling, and loved ones are given a camera that they can place it in that person’s yard. And when he is in the hospital, he sees the yard of his home all the time, ”said the doctor.

The medic, who believed in the idea, introduced it to his department, so everyone agreed. A. Kiškis contacted with American specialists who dealing with virtual windows, but their offer was too expensive for the hospital. Then the doctor, with the help of photographers, designers and other specialists, decided to take the initiative of himself.

“The process took more than half a year before we found a solution. It was not easy to make the image look as realistic as possible so that a person lying in bed could not understand whether he was really looking out the window or into the picture. Now, looking at the ceiling, people see the image they would see lying in the woods on the grass and looking at the sky: the tops of trees, a patch of sky, a bird flying in the distance. Except that the image doesn’t really move.

I had to remake them several times, take pictures of the trees from different angles, layout the images until we managed to get the result. But for myself, it was extremely interesting. And now the majority of patients are happy to be in the beds above which these windows are located, “said the doctor.

Currently, virtual windows are installed in two intensive care units, with a total of over four beds. Each of them includes two squares of 60×60 cm recessed ceiling. The lighting of the virtual windows is programmed to change over time. They turn on at about 6-7 a.m. in the morning when work begins in the intensive care unit. The windows are very dim at that time, but around noon the light brightens, and then it starts to darken a little over about 8 pm to 9 pm. the evening windows go out.

“By the way, the recommendations created by architects for medical institutions state that 50 percent. the benefits of such windows accrue to staff. For example, I am currently in a resuscitation ward, where staying the most severely ill. It has no windows and staff stay here 24 hours a day.

It is officially stated that such solutions reduce both fatigue and the number of errors and, of course, increase staff satisfaction. The staff looked at those virtual windows with enlightened eyes when we put them together, ”A. Kiškis assured.

WHAT IS THE HARDEST THING FOR DOCTORS?

Asked what impact the specifics of resuscitation work have on staff in general, the interviewee was open:

“A lot of people ask me and I answer to everyone, the rescue staff is mostly tired not physically but psychologically. To see all the people balancing on the edge of life becomes extremely difficult.

The longest time the patient stayed in our ward was about 160 days. During that time, he underwent many operations, certainly not a single-digit number, he had to undergo constant needle punctures and other procedures.

Seen from the side, one could say that it is human torture. But we live in a state where, even knowing that we can’t help a person, we still have to do everything to keep him alive. That is the work that we are doing.

Mortality in our department – is over 50 percent. This is natural because we have the most serious patients. The majority of patients are elderly. And as society ages, the age of such patients only increases.

Sometimes it’s just time for a person to pass away, and we see it, but we can’t do practically anything. We have to do everything to keep him alive. Although the person himself is already waiting for the end, and the loved ones are exhausted, and you come to that old man or grandmother with a thick needle and try to pierce it somewhere. It does feel bad, but it is what it is. There are various practices in the world on this issue (It is called stubborn treatment – ed.), And we are actively discussing, until when the treatment makes sense. ”

All these emotions lie on the shoulders of resuscitation staff, so all over the world is talking not only about the psychological comfort of patients but also of doctors, especially for those who are working in such conditions. 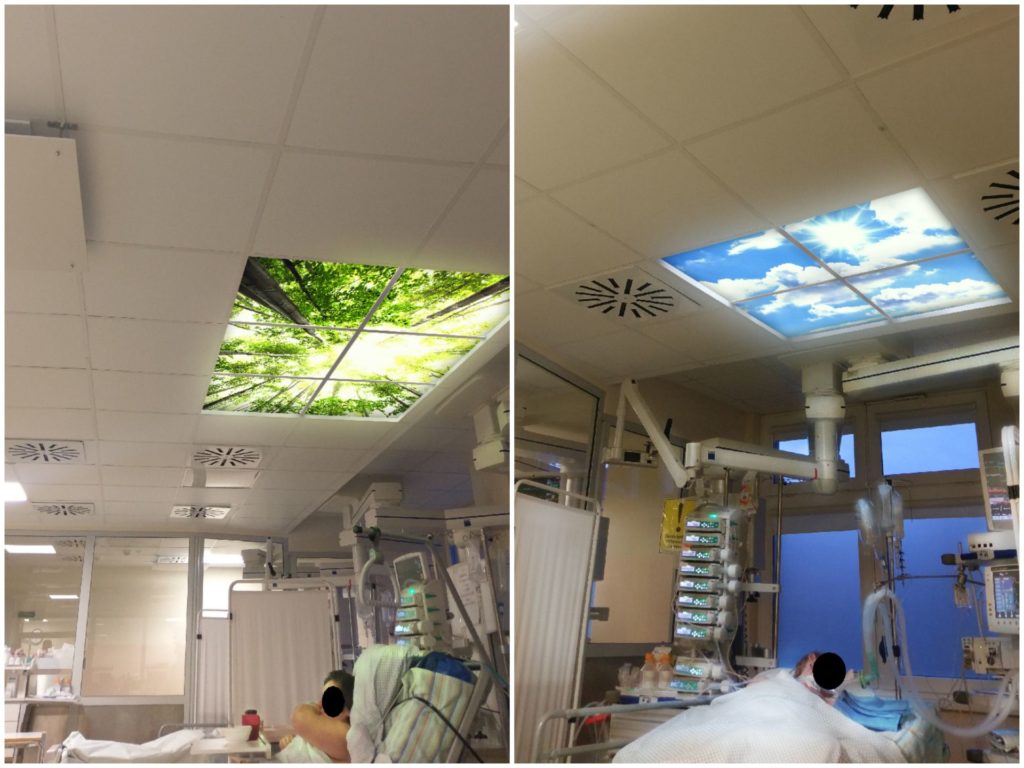 BIOWNLIGHT FOR A MOTIVATED AND POWERFUL TEAM!